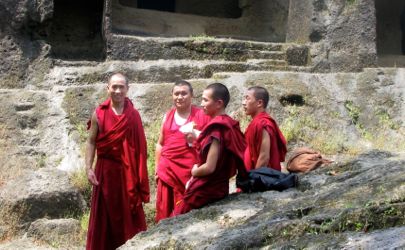 My cousin “Little Bill” is coming in next week from Dubai where he lives and works and when I see him I’m going to break rules eight and nine in the Indian Customs Rule Book.

Rule Eight – No loud screaming and squealing like a banshee unless it’s for the sake of religious worship.  I’m sure that I’m going to shriek and squeal to finally be in this place with him after so many setbacks, so many phone calls, so many false starts.

Rule Nine – No public display of affection.  I am going to hug him and kiss him and I might even jump on him the way that black mamas do it in the sit-coms or the way footballers used to do it in the in zone.  And I’m going to hold his hand as we stroll through the airport for all of Mumbai to see with a smile that is big and toothy and full of love.

“Little Bill” has been called William for a while on account of the fact that that is his name.  I like to call him “Little Bill” because I am one of the few people who can actually remember when he was “little”.  You would have to have known him since before he was ten to have ever seen him “little”.  By the time he was twelve or thirteen, he was over six feet tall and he had feet that were bigger than his age. (Which means something in African American culture where people like telling you to, “Act your age, not your shoe size”.)

And when these Indians see me with my big head of dreadlocks, holding hands with “Little Bill”, whooping up a storm, in Mumbai International Airport, they are going to fall over.  Any Bollywood star coming in on the same flight is going to have a bit of an emotional set-back over the loss of attention because it’s going to take a moment for India to stop staring at us. 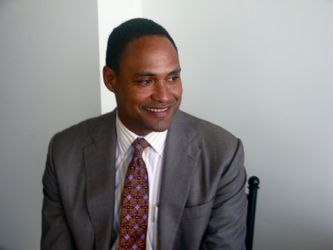 And just when they manage to tear themselves away, “Little Bill” is going to let out one of his bellowing laughs.  It is deep and warm and sweet and it will be a sound most Indians have never heard because you have to be over 6’3” and 210 pounds to make it. You’d have to have lived hard and loved hard and laughed hard to even approach it.  You’d have to have a huge heart that is a bit broken and an acute sense of the wry.  You couldn’t be afraid of irony and you couldn’t flinch when you heard a gunshot.  You’d have to have lived in a shit town like Detroit and be coming into Mumbai on the last day of Ramadan with a bag full of chocolate and maybe even some duty free booze. 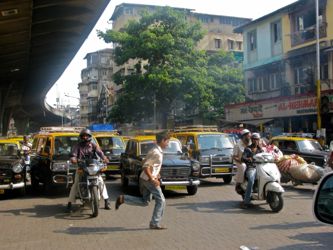 We will ease the car out of the airport and “Little Bill’ will ask me about the traffic in Mumbai and then it will be my turn to laugh.  I will laugh because the traffic is the most phenomenal thing I have witnessed. I will laugh because while it seems that your life hangs in the throws of chaos, in its wild and astonishing way, it is practical and very civilized.   But, I will laugh mostly because of the animals and the livestock; the animals and the livestock always make me laugh.

On a first taxi ride. to take the kids to school, in one of those 1950 Fiats that are a signature of Mumbai, I was riding down a street in the usual six to eight lanes of traffic, depending on whether you count the vehicles that the road was made for or the amount that there are, and I noticed something that looked like the leg of an elephant.  I leaned over and confirmed that it was, indeed, an elephant, walking down the road with a man atop. 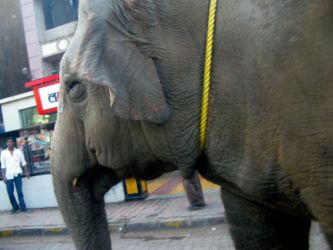 “Why is there an elephant?” I asked the driver over the roar of his loud, hot engine.  “20 minutes,” he replied.  “No, why is there an elephant on the road?” He mumbled back another answer to a question I wasn’t asking.  So I did what most Americans might do when they are taking their children to school and there is an elephant walking down the road and nobody seems to be noticing. I yelled really slowly and loudly, “Why is there an elephant walking down the road?!” “Business” he responded.  Khari and Addae looked at me like, “What does he mean?” and I looked at him like “What does that mean?” but he was back to shifting and steering and praying and trying to get his steaming car up the hill, so I just rolled my eyes and said what I have said a bunch of times since I’ve been here when I’ve seen something that doesn’t make any logical sense to me. “Whatever”.

I think of how different I am, even after so little time in India.  I don’t yell at idiots (I would be hoarse) and there would still be so many more.  I don’t panic when something unexpected comes up, because it always does and I don’t even flinch when we get perilously close to another car since we always do. 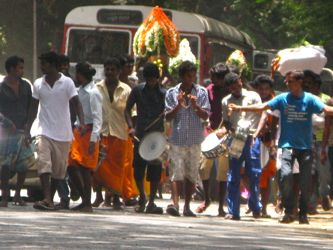 Dealing with the traffic here is a metaphor for the life here.  It haphazardly flows by, looking impossible to manage and then once you’re in it, it is impossible but, it’s entertaining and if you’re lucky, your vehicle won’t break down in the rain and if it does, hopefully someone will help you push. And then, when, you least expect it, an elephant will walk by and no one will notice, but you. And after, when you’re home, eating hot chapattis and tasty curry, it will all seem like an adventure and you’ll laugh or cry or you’ll roll your eyes and say “Whatever.”

I reach out to hold “Little Bill’s hand.  I won’t tell any of this to him, because he’ll see it all for himself soon enough.  Then we will have a good laugh together and before I know it, I’ll start breaking those Rules Eight and Nine all over again, for all of India to see. 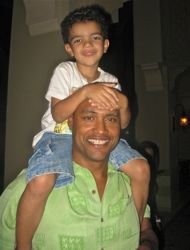