As the taxi speeds home from my friend Jacinta’s dinner party, I get the distinct impression that I am riding through a Ridley Scott film.  Dark, damp, glistening streets, buildings in some dilapidated state of disrepair or construction.  Men huddled in the shadows around fires and dim bulbs.  Colorful women, dingy children, murky pools of standing water.

Streetlights flash green and red but the cab plows through the intersections, dodging dogs and slowing only for deep potholes and cement construction barriers.

We are going much too fast on this slick and uneven street, but the taxi driver is calm and confident, unflinching and unflappable as he blows through red lights and careens in front of rickshaws.

As is often the case in the backseat of cars in India, I have no seatbelt.  I simply plant myself behind the passenger seat so that there will be something to slow me on impact.  And then, I sit back and marvel about how far away I am from Silverlake, Los Angeles.

Somehow, I am not particularly afraid.  Perhaps it’s the lychee martinis that have dulled my senses; maybe it’s just that after having driven with “Salim the Maniac” for more than 2 weeks, something very precious and critical is broken.

Salim came with the rental car and is our cross to bear until the purchase of our new, used cars, goes through.  Francis, our real driver, was hired a month ago because he has a reputation of being smart, knowing the city and being a very good driver.  Fortunately, he rides shotgun with Salim as sort of an Executive Driver/Translator so that no one I am related to has to be in the “death seat.”  He is remarkably composed and good-natured about these hectic rides. 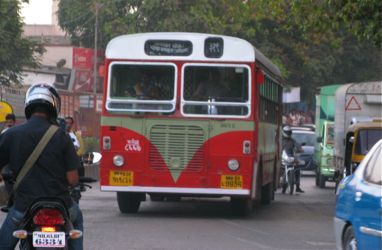 “Salim the Untouchable” is not phased by oncoming traffic and dodges out into it whenever he feels like it.  Buses, trucks, no matter, he’ll take anything.  Lucky for him, he is numbed by the stimulant he constantly chews and spits called Pan.  Unlucky for us, we have to witness the constant spitting of this red slimy goop and watch our lives flash before us on a daily basis because he thinks he is God.

Addae and Khari like Salim’s car and they call it the “Pimp Mobile” on account of the racing stripes and all of the tacky shit hanging off of it.  Any hope for dignity I had is long gone. Taj calls it the “Shiny 9000” and he and the other boys don’t seem phased by the blood splatter on the hood.  They might even think Salim’s cool. I don’t even want to know if they do. 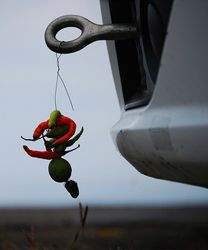 Salim has this annoying knob latched onto his steering wheel that he uses to spin around with one hand while down shifting with the other.  He dives into potholes with no regard and dares pedestrians to step in front of his reinforced, chrome bumpers.

Last week, the police pulled him over for honking like a lunatic and cutting across four lanes of traffic.  He paid them off or whatever and made up for the lost time when he got back on the road.

A few days ago, he had to change a tire in a downpour.  He’s lucky he didn’t have to replace the axle.  Francis says that Salim was soaked but, aside from the steam rising off of him, I didn’t see a drop of water.

In addition to driving, Salim-the pan-chewing-and-spitting-wild-man has taken to following me into furniture showrooms when I am trying to furnish our empty apartment.

So there I am with Francis and “Salim the Merciless” looking at cheesy furniture.  I don’t know why, besides nosiness, that Salim is there.  He doesn’t speak English so there’s no use asking him and, having survived yet another ride with him at the wheel, I am grateful to be alive, a bit nauseous, and shell shocked.

It’s been a few weeks in India and I am learning to fight battles I think I can win.  The Passion Mist air freshener in the car is gone as is the tacky, tinkly, umbrella thing dangling over the Lord Ganesh on the dashboard. Reluctantly, Salim removed the lemons, chillis and yarn balls from the chrome bumper that were there to ward off evil spirits, but he still careens into our apartment complex on no more than two wheels.  If he catches me on the wrong day, I’m gonna lose it.  With that in mind, I always sit diagonally across from him so that I can be sure to shower him with the puke that I have been choking back for weeks.

Robin thinks we’re getting our new cars tomorrow.  It helps him stomach the ride when he imagines it might be the last one.  I am less hopeful and have resigned myself to terrifying trips and constant near misses.  The whole situation seems completely out of my control and I have lost all faith in it resolving itself any time soon.

Now I’m in the “Best Buy” equivalent (but not really) picking out a washing machine, a microwave without a grill (I’m not sure what I would grill in my microwave anyway) and a TV.

Francis has come with me to help out and serve as the “Man” the sales guy can talk to if a woman shopping on her own is too intimidating or too inviting of a bad deal.  “Salim the Impossible” is there too, sauntering through the store with me as if he hadn’t just tried to kill me on the ride over. 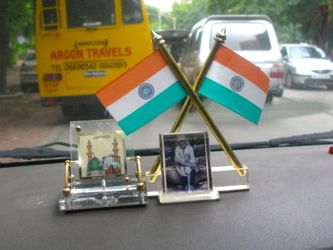