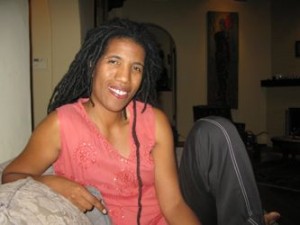 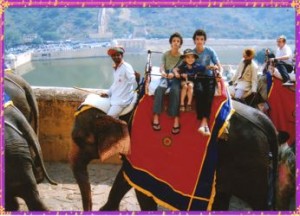 Many of our friends and family don’t know what to make of our move to India. For 20 years, we lived in the same neighborhood in Los Angeles. We raised our three sons in that house and even birthed the last one on the bathroom floor (but that’s another story.) Our friends and family are trying to figure out why now, why Mumbai, and in many ways, it is still a mystery to us.

The short answer is that Robin, my husband of 23 years, who describes himself as devilishly attractive, stunningly handsome, smart, sexy, charming, witty, and modest, works for a company that was purchased by Reliance, a huge Indian conglomerate that owns a start-up in Mumbai. The company does the same digital restoration Robin did in Southern California, on a mammoth scale. In an attempt to ensure job security, he put his name in the hat to move to India and head the operation here. He liked the idea of helping build a company from the ground up and we were both excited about the prospect of traveling to a new country with our family.

I haven’t ruled out the possibility that we are collectively suffering a mid-life crisis and we decided to move away from everything we built in the last two decades in a desperate attempt to revive a boring and static life. It is also very possible that we have lost our minds.

The real answer is circuitous, complicated, and complex. It involves politics, economics, fate, and circumstance. We have asked deep and perplexing questions like “If not now, when?” and we have made simple declarations like “A change is as good as a rest.” The answer is both ambiguous and stunningly obvious. For so many reasons and none especially, India seemed like a good place to be and the move promised to offer adventure and perspective.

October 2008 was buzzing with pre-election excitement and economic calamity. Company after company posted reports of financial instability and ruin. Car companies, banks, and other American institutions were laying off workers and filing bankruptcy. The lame duck president threw unregulated money at the problem and borrowed from China in an attempt to stall and hopefully avoid economic meltdown. Still the news was not good. 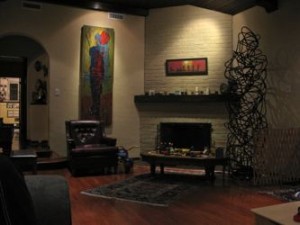 I am a lot of things. I am a filmmaker, I am African American, and I am a mother and a wife. When people ask how I manage a career and a family, I mention with a smile that I don’t do any of it well. I am a writer and I’d like to think I am funny but my children point out that my kind of humor isn’t always funny and sometimes it makes them cry. I remark that making little kids cry is really funny to me.

In Hollywood, work was slow. My prestigious fellowship with Disney/ ABC as a trainee Director was not yielding any opportunities because seasoned directors were readily available to do the work. With the economic decline, TV and film were consolidating and newer talent had to compete with experienced and familiar directors who had longtime relationships and personal history in their arsenal.

We have three sons. Addae (pronounced AH-day) is sixteen and Khari (pronounced CAR-ree) is fourteen. Taj has just tuned seven.  They are all handsome and smart and they are well liked by their friends and classmates. They get along most of the time, especially when they want something or when they are trying to get something. They are all “alpha” males which can be exhausting, but we all know that when push comes to shove, Taj is in charge. In his words he’s ”the boss” and we’re “the applesauce.”

We put the boys to bed early which makes us unpopular in their eyes and sane in my eyes. They think that I am unfair and not “cool” like their friends’ moms. And while that may be true, I couldn’t care less because by 8pm, I need a break. I just need some time without ducking and dodging balls and bullets and propelled items. I need a chance to talk to Robin, to digest my meal without the smell of ketchup lingering in the air. I need to do adult things and watch TV that is not appropriate for them to watch. By 8pm, I am done and I am off duty.

When the move to India seemed inevitable and the household conversations about India were too frequent, we decided to tell the kids. We gathered them for a “Family Meeting.” Taj was three at the time and so he just hovered around playing with cars and toys as the big boys squirmed at the thought of all of the video games and play time the “Family Meeting” was infringing on.

We had decided that we would just say it plainly. From our point of view, the move was as exciting as it was challenging. We brought out the globe and a few books that we had collected on India so that our enthusiastic children could begin to embrace their new home. It was going to be like a “vacation” only longer.

“We have some good news,” one of us stated. “We are moving to India.” The big boys stared blankly for about five seconds and then as if on cue, they both burst into hysterical tears. Robin, who is English and dry by nature, looked at me across the floods of tears and said, “That went well.” They cried and cried and we thought that eventually they’d dry up but they didn’t and before long, Taj, who didn’t understand but who knew all he needed to know, which was that the parents had upset the big brothers, began to sob uncontrollably as well.  Khari screamed that we were ruining his life and that he wasn’t going and Addae just sobbed with Taj who mentioned that he wasn’t going to Indians.

After we explained about the benefits of an international experience, new job, and travel to other countries and the tears had not subsided, I decided to make lunch. Perhaps peanut butter and jelly could help with the attitude adjustment. 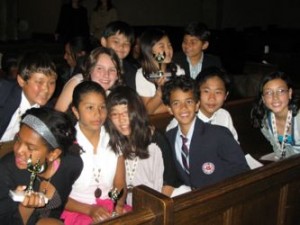 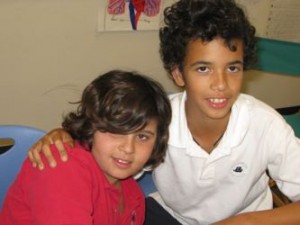 We hadn’t anticipated how hard it would be, how badly they would take it, and how heartbroken they would be. For days after, Khari, who was popular with his friends and thought “cute” by the girls, kept coming up with plans to move into his best friend Jake’s house and Jake’s mother, who was also traumatized by the news kept offering to take him off our hands.

They never really got excited; they just got less resentful as they accepted that running away wasn’t a good long term decision.  Eventually, by the time we left, seven months later, they did have a list of countries they wanted to visit while they were in India.

Thanks to the internet, there is a daily stream of correspondence between our Mumbai living room and Los Angeles. Jake’s mom still keeps inviting Khari to move to L.A. with them and we keep trying to explain that we actually want him to have this experience and, as objectionable as it may seem, there is value in seeing some of the world outside of our lovely neighborhood in California.

I watch the boys with their team of Indian friends. They are living in the culture, enjoying their new independence, and I am certain that we are not ruining their lives. We are adding depth and scope that was incomprehensible to them a year ago.

Just after we arrived, Khari came home from Hindi class and remarked, “You can’t really know a culture without knowing the language.” In such a few days, he was already thinking like a global citizen. I smiled and agreed and I am hopeful that Hindi sounds less foreign to me as the days progress. 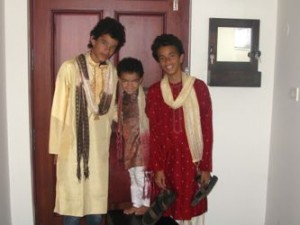 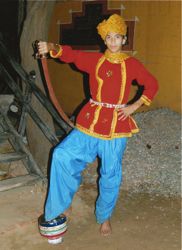