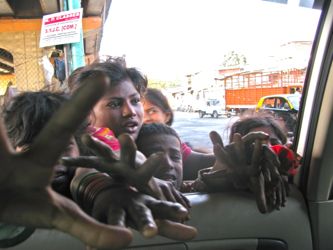 When we first got to India and my kids were obsessed about one stray dog after the next, I gave them a little lecture.  “For every dog you see, there are hundreds of people, many are children, who aren’t in school, who don’t have toys and clothes or beds to sleep in.  Don’t forget about them, don’t overlook them.” 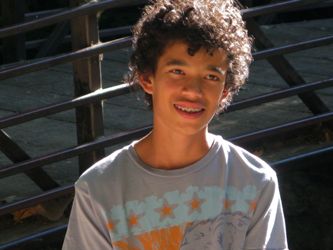 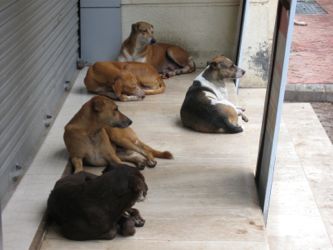 Years ago, I went to the film set of the movie “Seven” to see Morgan Freeman because I had a script that I wanted him to star in.  While I was there, I met Brad Pitt.  He walked over to say hello and Morgan introduced us.  I turned to him, gave him the “nice to meet you smile” as I shook his hand and said, “Nice to meet you.” Then, without missing a beat, I turned back to Morgan.  I didn’t include Brad in the conversation, didn’t make eye contact, I was done.  In time, he wandered away.

Here in Mumbai, there are beggars.  Most are children.  They have big doe eyes and beautiful innocent faces.  They are relentless and they never wander away when they are ignored.

They know me, they can tell that I am easy prey so they circle and wait, wait to catch my eyes, wait for me to look, for me to see them.  And they know that when I do, I will see all of the things that I avoid and fear.  I will see my children in them and I will love them because they deserve more.

The thing is, I didn’t blow off Brad Pitt because I don’t like him or because I don’t think he’s one of the most handsome men in the world.  It was pure survival instinct kicking in.  Had I not blown him off, I might have looked into his eyes and gotten stuck.  I may have gotten lost in my obsession for him, never to be seen again.

If it all went well, Jennifer Aniston or whoever he was with back then, may have stepped aside, having been overpowered by my “truer, deeper” love.  If it went badly, I might very well end up in a padded room, writing his name in my blood and clutching People magazines with his picture on them.  Either way, I wasn’t up to it.  It was bigger than me and I knew it.

Sometimes when I’m feeling strong and optimistic, I glance at the beggars and give them rupees or biscuits.  Other times, I don’t look, I just blow them off.  I ignore them when they knock on my car window for the whole 5-minute traffic light. I pretend to be engrossed in my cuticles or the upside down book in my hand.   I ignore the babies slouched in their mothers’ arms and the toddlers perched on their mothers’ hips.  I ignore the tattered clothes and the deformed limbs.  I wave them away, but they never leave. 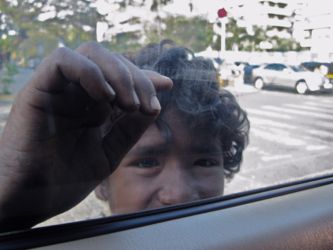 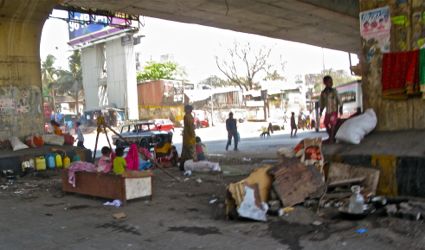 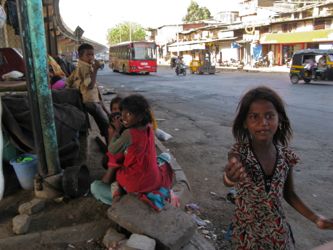 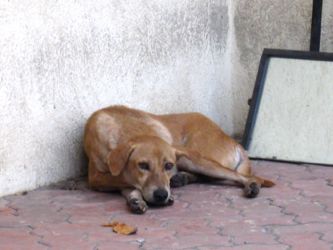