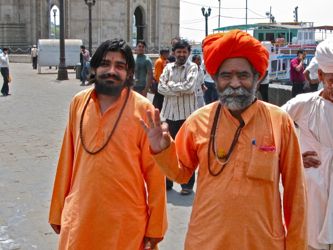 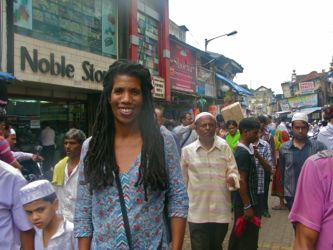 So far, India is warm, colorful, and beautiful.  There is chaos and confusion, wealth, and poverty all intermingled in a brew of vibrant garments and backfiring vehicles.

It’s now more than two weeks and we are settled in some ways and in other ways, the shock has worn off and we are now stunned. 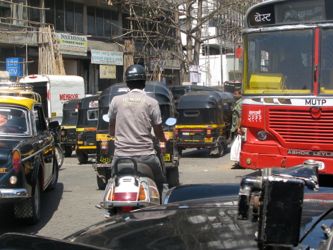 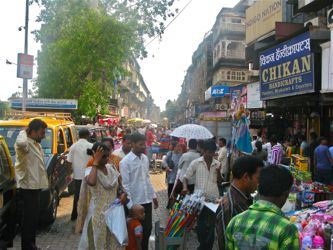 There are hundreds and hundreds of people constantly, each moving to his own rhythm and without conflict.  There are often six lanes of traffic (except there are no lanes) and there should be collisions all the time because people just pull out into the road and play chicken with each other.  Somehow, no one gets hurt and even I, known for being jumpy, just close my eyes and hope for the best.

I knew this trip was going to be a spiritual journey and I have prayed a bunch for safe arrival when we’re in the back of a rickshaw. Addae was especially green after one ride. 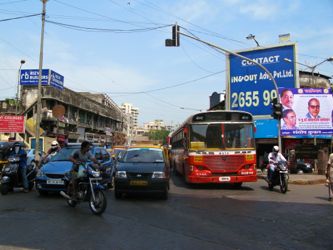 Our apartment is magnificent.  It is on the 27th floor and has a 180-degree view of Lake Powai, mountains, and city.   There are four bedrooms and five bathrooms and yet the boys still manage to use mostly mine.

The floors are marble and echoey since we still are without much furniture but the sixteen-foot ceilings and high windows give a sense of space and calm that is a relief from the city below. 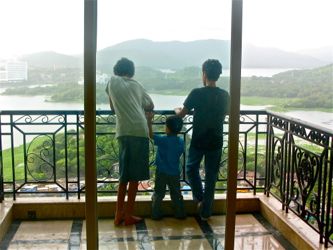 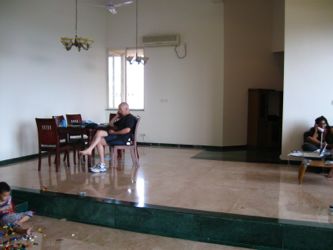 The boys have slipped into their school scene without missing a beat and although they miss their friends terribly, they are practicing their Hindi and participating in all-India art contests already.  They have swimming twice a week and are really enjoying the benefit of their small class sizes for math and science.

This is the season of celebrations of Lord Ganesh for the Hindus and Ramadan for the Muslims.  Lake Powai seems to be a gathering point for all of the religious celebrating and, for the last nights, drums and fireworks abound.  “Somebody get those people a better speaker system” is my constant plea as Muslims are called to prayer on the most gravely microphone ever.  Last night, the Hindus borrowed the same failing system and sang and chanted loudly into the night. 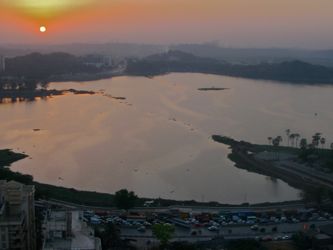 Nothing happens when it’s supposed to and simple things like getting a cell phone end up being complicated and wrought with paperwork.  The logical is not logical and so we just try again another day.

The food is gorgeous.  It is so tasty and delicious but I have to admit, I’m getting tired of chicken.  Taj has had a hard time settling into the cuisine and in fact mentions regularly that he wants to go back to his “original home”.  For a while, he didn’t want to leave the apartment, too stimulated by the traffic, people, animals, and new things.

Robin seems to be working incredibly hard, trying to do his job and then gluing us back together after especially tricky days.

My blackness or my Nandiness seems to be a cause of great distraction to India.  People lose concentration while riding bikes and stare at me for the whole five-minute traffic light.  They stand in the elevator, facing me and do not shift their gaze for the entire ride.  As off-putting as this can be, I take it as an opportunity to get great pictures of beautiful faces, pointing and smiling in my direction.  As I turn my camera on them and then show them the picture, everyone laughs and off I go, upsetting the fragile balance of chaos in the city. 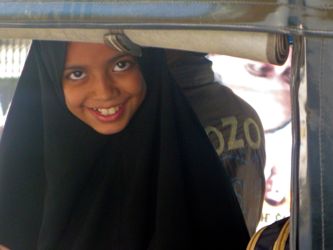 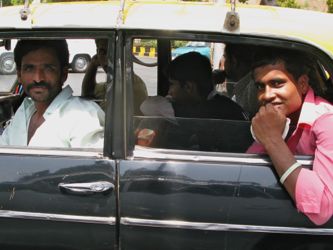 I am taking loads of photos but my computer isn’t working and we don’t really have internet on account of “unlimited service” being extremely limited. We will write soon and love to hear from you all.  We miss you and thoughts of you keep us sane.

Nandi and the boys